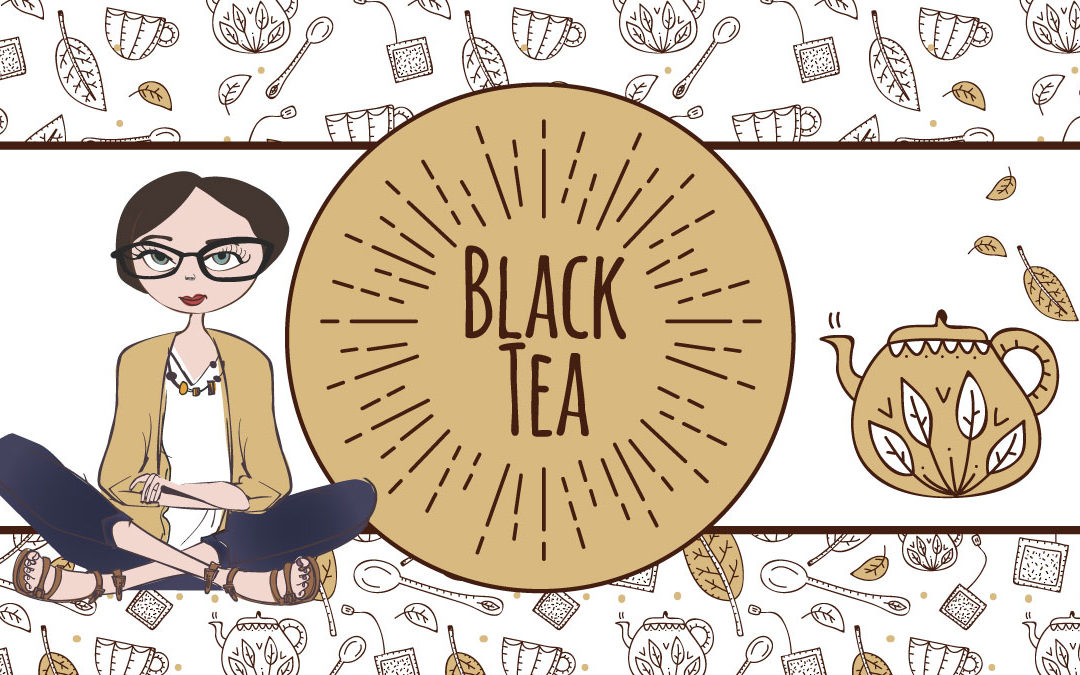 Did you know that black tea is currently the most popular in the US, enjoyed mainly as iced tea? The fame of black tea is due to many factors, including the invention of the tea bag in 1904 by NYC tea merchant Thomas Sullivan. Recent studies have shown that black tea provides similar health benefits to green tea.

Black tea is a fully oxidized leaf that varies mainly in processing style and growing region. The major regions in which black tea is grown include China, India, and Sri Lanka. Varieties produced in these countries include Darjeeling, Ceylon, Keemun, Lapsang Souchong, Yunnan, and Assam, just to name a few. Recent additions to the family of countries that produce black teas include Kenya, Argentina, Thailand, and, yes, even the United States.

Tea plants thrive in tropical and subtropical climates, rooted in well-drained soil. Depending on the variety, they enjoy high or low elevations. Plenty of rain is good, but slightly less than ideal is also okay, as the stress makes the leaves grow more slowly and develop deeper flavor. Actually, the stress of high altitude is one of the factors, which make Darjeeling teas (grown at 5,000-7,000 ft. in the Himalayas) so unique. Some varieties do well in direct sunlight or slightly shaded for part of the day. As luck would have it, good tea growing conditions have been found in Charleston, SC, where a plantation for Bigelow Tea is maintained on a small island. In Hawaii, tea growers are cropping up everywhere in recent years due to the decline in the Hawaiian sugar industry. Washington and Oregon also boast their own tea growers, as conditions in the Pacific Northwest are very similar to those in China’s mountainous regions.

But it’s not black?

When most Westerners are asked for a cup of tea, they picture a black tea. Yes, even your southern sweet tea base is black. The black tea process was derived from the oolong tea process, which uses similar methods, but does not oxidize the tea for the same amount of time. What we call black tea is known in China as red tea (hong cha), referring to the reddish color of the brew. This reason for the discrepancy is said to be due to a simple error in translation. The mistake stuck, and Westerners have been describing it using the wrong color ever since. It is important to note that this is not to be confused with the South African tisane Rooibos, which is colloquially referred to as “Red Tea” as well.

In fact, the British have confused the definition of black tea even further. If you walk into a tea parlor in London and ask for a cup of “black” tea, one would assume that you are requesting tea without milk added to it.

The process for making black tea is very linear, meaning all five steps of tea processing (plucking, withering, rolling, oxidizing, firing) are observed in order, not repeated as in oolong, or with some steps eliminated, as with green tea. A single batch of black tea is completed within a day (using the Orthodox process; CTC can be completed in just a couple hours). Also, while some other teas may or may not receive a thorough grading after final drying, black teas are always graded and sorted. This is because many more sizes are created during the rolling stage, so sorting them for uniformity is crucial. Otherwise, the flavor of the tea will change drastically from cup to cup, due to the leaf size, surface area exposed, and flavor extraction rate.

The flavor of black tea varies greatly; some are flowery, some malty, some spicy, and some nutty. Generally, black teas should be steeped using boiling water for three to five minutes. An exception would be first flush, or ‘spring’, Darjeelings. The first flush harvest is made from very delicate leaves and often the finished product looks very much like a green tea (even though it is processed like a black tea). This tea is better with slightly cooler water and a shorter steep. Special attention should be given when preparing black teas, as steeping them too long will quickly result in a bitter taste. Due to their stronger flavor and the use of hotter water, black teas generally cannot handle multiple infusions very well, unlike some other varieties.

Recent estimates show that nearly 90% of all tea purchased in the US is black tea, usually in the form of iced tea. Unfortunately, most black tea that is consumed by Americans is in the form of a dusty old tea bag that has been looming on a supermarket shelf for years. The good news as that here at Java Momma we offer a variety of high quality loose leaf black teas that are better than any store bought tea. Fresh, and sometimes even fruity! 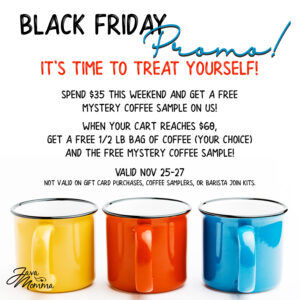